Are childminders teachers? By Penny Webb 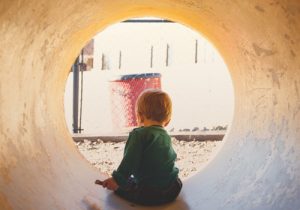 This is a current topic of discussion about childminders and other early years practitioners with the opinion being divided, and both sides arguing their viewpoint with passion. It is also something that I have changed by opinion about over the years during my childminding career.

In my early childminding career and before the introduction of the Early Years Foundation Stage (EYFS), I firmly believed that teachers were those who a) had a teaching degree and b) formally taught an academic curriculum to children aged 5-16. I considered that children over 3 and under 5 learnt social skills and the foundations of learning through play in a playgroup with knowledgeable, but unqualified caring staff. To be honest, this is pretty much how things were, although some (but not many) children did have the opportunity to attend a maintained nursery school or a nursery class within a primary school staffed by qualified early years teachers.

Childminders were considered a ‘second mum’ or an ‘earth mother’ person with words like professional or early years practitioners or qualified never being used in the same sentence as the word childminder.

However, during the late 70’s, 80’s and 90’s things started to change; the National Childminding Association (now Pacey) was formed; requirements for things like first aid training were introduced, along with pre-registration ‘briefings’ for childminders, although there still was not a nationally agreed requirement; and some childminders became more professional using contracts and wanting to earn a reliable income rather than just a bit of ‘pin money’. I was one of the childminders, and used contracts took out non-compulsory insurance and attended the first ever training for childminders in my area. I also started volunteering to speak at pre-registration training in partnership with Social Services (who at that time registered and inspected childminders). I became involved with the Preschool Playgroup Association (now Pre-school Learning Alliance) and National Childminding Association as a volunteer, raising my awareness of the similarity of roles from an education viewpoint.

It was during this time period that I also reflected on my opinion about childminders being teachers –and changed it. I argued that childminders implemented a play based informal curriculum the same as playgroups and that everything they did build the foundations of learning and so were teachers, albeit unqualified.

In the early 2000’s Government started to introduce curriculum guidance for early years’ group settings, and for a minority of childminders who joined a childminding network. Once again, I played an active part and secured employment as a Childminding Network Co-ordinator through a government funded initiative. My role was to ensure the professional quality of the network childminders including their ability to deliver the curriculum, which as we know in 2008 evolved into the EYFS. So, I advocated for childminders to be regarded with the same respect as other early years practitioners –and therefore as educators.

Readers will have noticed the change in my terms from teacher to educator, and this marks the beginning of another change of my opinion.

These days, I think that although childminders are educators and they do still provide opportunities for children to build the foundations of all future learning, that they are not teachers. Further, I think even the word educator has the danger of giving the impression that childminders ‘teach’ in the formal sense of the word with planned aims and objectives, and predictable outcomes which can be neatly recorded on a tracking document or ‘tick list’.

My personal opinion and that which I now incorporate into my work with childminders and early years children, is that childminders do not teach, they provide an enabling environment which through positive relationships with the children in their care (and their parents) responds to the needs and interests of each unique child to promote their learning and development.

Now, where have we seen those words in bold before?

The Thrill, the Will and the Skill by Alistair Bryce-Clegg