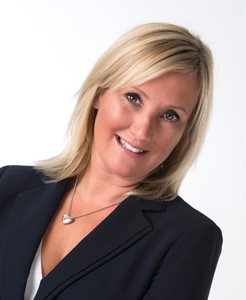 The media has been rife with headlines regarding changes to early years funding, increase in the National living wage along with new staff GSCE requirements over the past few months. With further shake ups to Government representatives and policies, Childcare Expo are delighted to announce that Caroline Dinenage, MP, Parliamentary Under Secretary of State for Women, Equalities and Early Years is set to open Childcare Expo London and deliver a keynote*.

Caroline Dinenage MP was appointed Parliamentary Under Secretary of State for Women, Equalities and Early Years at the Department for Education on 17 July 2016 and has been an intregral voice surrounding the recent changes and uplift to the early years sector. It is important, now so more than ever, that the early years community stay on top of the proposed revisions and remain united.

The MP for Gosport, Stubbington, Lee on the Solent and Hill Head, will be attending the event taking place at Olympia London on 3 & 4 March to welcome the passionate early years workers who are leading the way in providing our children with the best possible care. Following the opening of the anticipated event for the early years sector, Caroline Dinenage will address the visitors, providing an update ahead of the national rollout of free childcare from September 2017.

Childcare Expo will also be joined by industry leaders to discuss the latest implications within early years care and illustrate new and developed ways of ensuring outstanding care is met time and time again.

The challenges of 2 year olds? by Kay Mathieson
Scroll to top
LONNORMID