Free entitlement – What next for the early years? 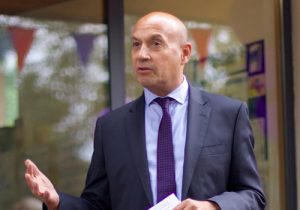 Concerns about the so-called ‘free entitlement’ offer are nothing new. For years, the early years sector has warned that government funding doesn’t cover the cost of delivering funded places, leaving providers – and parents – to plug the gap.

But with the introduction of the 30-hours, what for many providers was always an incredibly unfair and difficult, but manageable, situation has morphed into a policy that threatens their very existence.

A recent Pre-school Learning Alliance survey found that nearly four in 10 providers fear they won’t be sustainable in 12 months’ time – and with funding levels set to remain stagnant until 2020 despite inevitable increases in wages, rents and mortgages, business rates and a whole host of other delivery costs, it’s no surprise that so many providers are feeling pessimistic about their future.

Over the last few months, we’ve seen the number of settings – many of which have been running for decades – closing their doors rising sharply. Over the past four years alone, we’ve lost 10,000 childminders from the sector. This is simply not sustainable.

What’s most frustrating about this whole situation is the government’s complete refusal to admit, or even entertain the idea, that there’s a problem. 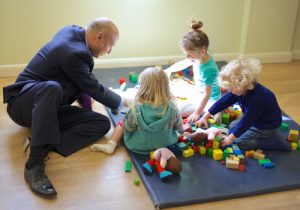 We’re told that current funding rates are actually much higher than the average cost of delivery (which surely begs the question: in that case, why are so many providers going out of business?). We’re told that the big nursery chains are happy to deliver the 30 hours on current rates (even though they say they can only make it work by charging for extras and restricting places). And we’re told that the 30-hours pilots prove the scheme can work (despite the fact that providers participating in the trials reported higher costs and lower profits as a result of delivering the extended offer, and many parents complained that the so-called ‘free childcare’ scheme wasn’t actually free at all). Surely no one can deny that this is a policy in serious trouble?

But while the sector is largely agreed on the challenges that the 30-hour offer poses, there’s no real consensus on what we should do about it. Should we be fighting for more funding? For the removal of the word ‘free’? For providers to be able to charge as much as they like for compulsory extras?

As chair of this year’s Breakfast Summit – ‘Free entitlement: what next for the early years’ – I look forward to hearing the sector’s views on this and much more, and if you’re attending this year’s event, I hope to see you there.

The Pre-school Learning Alliance team will be at this year’s Childcare Expo exhibition (stand D59), as will the Early Years Nutrition Partnership, a social enterprise working to improve early nutrition in settings of which the Alliance is a founding partner (stand D55).

Playing with Food by Susan McGhee

Are you ready? We are!
Scroll to top
LONNORMID