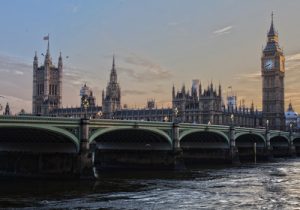 A key to building a successful childcare business is sustainability. This is something that needs to be understood, not just by those in the industry, who are all too well aware of it, but by the politicians who are taking an ever-more active role in shaping the childcare sector. The innovation and creativity that has driven the sector’s success will only continue if childcare businesses are confident that they will not struggle unduly for funding or capacity in the future. Childcare has come a very long way over the last few years, but it can only continue at this pace if policy-makers are willing to work in partnership with the industry.

While Brexit naturally looms large over the political debate, whoever governs for the next five years will have the task of delivering across every area of the policy. The snap general election may provide an unexpected opportunity for the sector to insist that politicians from all sides answer the tough questions about the future of childcare in the UK. In 2015, the main parties all made childcare a centrepiece of their manifestos, with the Conservatives’ pledge of 30 hours’ free childcare for working parents ultimately winning the day. It is this policy that is now causing anxiety throughout the sector with concerns about funding and capacity, those drivers of sustainability, not going away.

Caroline Dinenage, the current childcare minister, comes from a small business background herself and there have been signs that she has been listening. Her decision to scrap the GCSE requirements, announced at Childcare Expo in January, won universal praise. There has also been some money made available to help new childminders into the industry and support nurseries increasing in capacity. On the biggest issue though, the funding formula for 30 free hours, there has been no movement, with the minister remaining tied into her party’s spending commitments.

It is thought that one reason the Prime Minister called the snap general election was that she herself does not want to be tied to the Conservative’s 2015 manifesto. It has been speculated that promises such as not raising VAT, national insurance or income tax, along with commitments like 30 hours were intended as negotiating positions for a probable coalition government. Whether that is true or not, the general election offers both the government and the opposition parties an opportunity to propose sustainable solutions to the challenges identified by the childcare sector.

Meanwhile, the turbulence in the Labour Party has led to a succession of shadow childcare ministers being appointed but only serving for short periods of time. The general election may offer Labour an opportunity to set out its position more clearly than it has been able to over the last two years. As the last election proved, a bold policy on childcare can be a vote-winner, and trailing in the polls as they are, it would be in Labour’s interests to find something clear and convincing to say. The Liberal Democrats too, looking to come back from their devastating performance in 2015 could find that a childcare policy offers an opportunity for them to distinguish themselves.

It is likely that all the main parties will commit to offering the extended entitlement; it is a popular policy that could offer children real benefits if implemented well. Not only that but despite misgivings, the basic principle has the support of the childcare sector. Virtually all of the devil is in the detail and should not defy political resolution.  When the party manifestos are published, policies that offer business sustainability to the childcare sector will be vital for demonstrating politicians’ support for this crucial industry.