Moderation In All Things 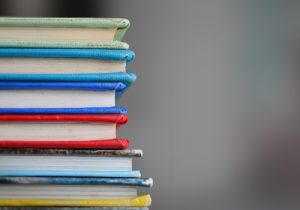 I used to be a moderator for a local authority and during this time of the year I would receive a list of schools whose turn it was to be “scrutinised”. At these settings there would often be hard working but stressed teachers – such as those new to reception or newly qualified teachers. Sometimes even the Head would request for us to come in, looking for reassurance that their early year’s team were working effectively.

In practice my “scrutinisation” meant I ended up sitting in a small cupboard, pouring over the school’s spread sheets trying to spot irregularities in children’s profiles. Ridiculously we were rarely invited into the actual learning environment to see for ourselves. Sometimes I found myself asking teachers, “how can that child talk about dinosaurs when they haven’t met speaking and listening goals?”

Even now, years later, I’m still occasionally haunted by the look of disappointment on particular teachers’ faces when they received that awful tick implying that they under or over judged a child’s attainment. I still think about the irony of me assessing the practitioners’ assessment of their children.

In fact I even saw teachers score children down and some heads score them up. Just so they could achieve their target average percentage. Thus avoiding another moderation when the Local Authority’s spreadsheet was released the following October with “red” warning flags next to their school’s name.

And nowadays parent’s too are obsessed with data. I have a nephew, Thomas, who’s a whizz on his bike and and a delightful chap. However on a weeky basis he causes his parents anxiety. They access his ”learning journal” online and are constantly worrying that he is not making enough progress against the early learning outcomes. I remind them that these statements are very general and should never be used as ’tick list’.

But the nursery he attends seems to think otherwise. I can partly understand their concern as Thomas was a premature baby who stills struggles with co-ordination and balance. Yet I’m sure there are other ways to support him rather than highlighting the fact that he is delayed in doing jigsaws or cutting. Perhaps we should stop focussing on what he can’t do and alternatively look at his abilities – in short stop assessing and play with him instead.

On another moderation visit I met a child called Jimmy who had basically met every learning outcome before he even started reception. He was mature for his age, a reader at three, wrote long stories and delivered a puppet show for the rest of the class at the end of the week. But he didnt achieve a Good Level of Development (GLD)  as his teachers thought Jimmy found friendships tricky and observed him holding on to the stair-rail too tightly when he went to lunch. I saw it another way. Jimmy found friendships tricky because the rest of the children hadn’t quite caught up with him yet. He held the rail tightly because he didn’t want to trip over as other children rushed and pushed passed him. I’d call that being jolly clever but according to the EYFS who was ’only emerging’ into PSED Outcome.

With quality early year’s provision children will have typically developed knowledge and an increasing understanding of specific aspects of learning and development naturally .They will also acquire the skills of being able to demonstrate learning in creative and practical ways when given the opportunities to do this. Of course we all reccomend that practitioners should:talk regularly with parents and carers about children’s needs, plus observe and engage children in conversations about their interests and learning. But to focus solely on achievement with early learning goals feels so wrong, especially when these expectations can change every few years!

So lets continue to gather or recall evidence, such as photos of children engaged in play and learning, video and/or audio materials, samples of children’s writing, creative activities and problem solving experiences. These can be collected during both adult and child initiated activities and used to further promote discussions about the childrens achievements. Practitioners should also meet together to discuss the child, using all the information available to them to identify next steps.

Surely it’s better to not waste precious time inputing ticks, highlighting or adding up scores for children at the end of each year. Such practices will not lead to next steps that are developmentally matched to the the unique child, but broad statements because no one has had time to properly access their children’s basic development.

If children can achieve these outcomes, then can we just say they can?  If they can’t, we can be trusted to identify this earlier and we can support them in the ways that we feel fit. Lets stop giving these children these terrible labels at the end of the foundation stage and spend the term teaching and enhancing their learning ready for the next stage. There is plenty of time for testing. Lets give them time to learn at their own pace first.

It’s time to start a national conversation about what education looks like...

Spring is in the air and so is Childcare Expo!
Scroll to top
LONNORMID