Early Years settings in England and Wales are expected to actively promote ‘Fundamental British Values’. But what does that mean and what should childcare providers be doing? 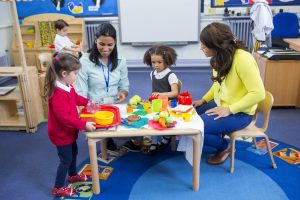 The world thinks it knows Britain as a nation of tea drinkers and cricket lovers. But fundamental British values as set out by the Home Office are not really about cultural details; they are social values of promoting a tolerant, democratic society where freedom of speech lives comfortably alongside respect for all.

They are also woven into the Prevent Duty, which for early years is all about safeguarding children and their families who may be at risk of being drawn into extremism. But respecting and championing British values isn’t daunting, according to NDNA Early Years Adviser Nicola Wardropper.

She explains: “The underlying message in British values is respect for all. Supporting children to develop a positive sense of themselves helps them to feel confident to speak up, be heard and have their opinions valued.

“Understanding that their way of life may be different from others but still just as valuable, instills mutual respect and empowers children to feel proud of their roots, without fear of being bullied or chastised for who they are.

“Teaching children these values will help them to grow into well-rounded adults.”

Most of this is already reflected in the English EYFS, Pre-birth to Three and Curriculum for Excellence in Scotland, and Foundation Phase in Wales. The Common Inspection Framework in England also links to both British values and the Prevent Duty.

So how does this fit with the Prevent Duty introduced in July 2015, a separate area of responsibility? 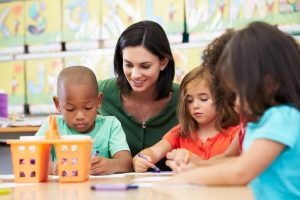 Under the Counter-Terrorism and Security Act 2015, childcare providers have a duty to actively protect children from the risk of radicalisation, the process by which a person comes to support terrorism and any forms of extremism.

As part of their wider safeguarding duties, practitioners need to be able to identify children who may be vulnerable to radicalisation and know how to act if necessary.

In promoting British values, early years settings can help to build up a child’s resilience to these negative influences.

Though applicable to schools throughout the UK, there are no plans to extend the Prevent Duty to nurseries in Scotland.

This is an excerpt from NDNA membership magazine Nursery News. Read the full article here with tips on how to teach British values and the Prevent Duty.

Looking for support in British values and the Prevent Duty? 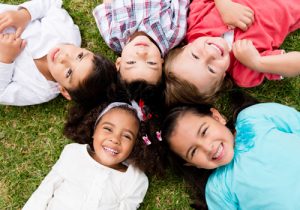 Achieving Outstanding Practice in the EYFS: Ensuring No Child is Left Behin...
Scroll to top
LONNORMID