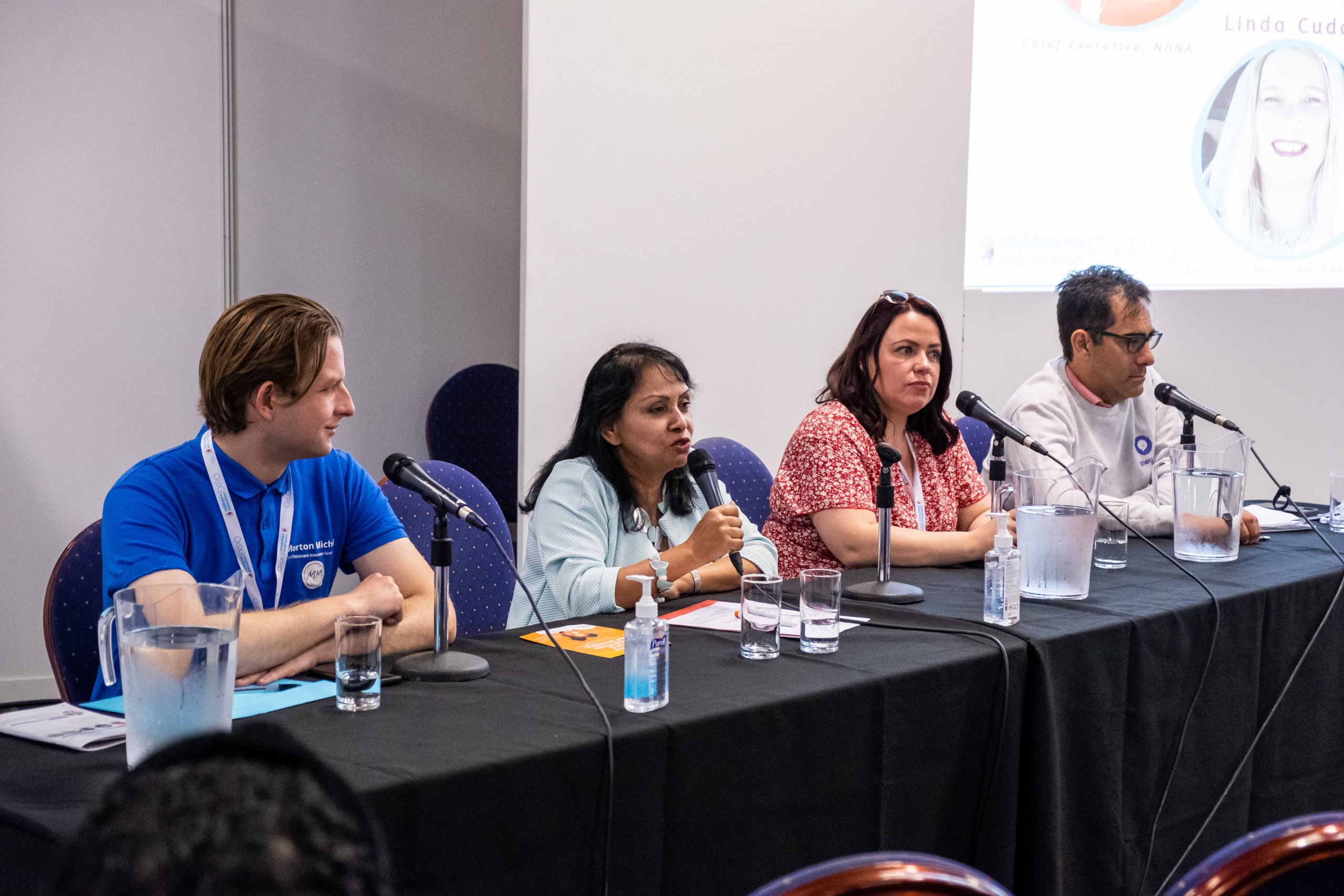 Last month I had the privilege to join a panel of sector experts at the Childcare & Education Expo North.

My colleagues for the session were Purnima Tanuku OBE of the NDNA, who chaired the panel, Brett Wigdortz OBE of Tiney and Kelly Hill of Early Years Leadership. Together we represented a real cross section of industry expertise and experience. The topic of the day was the recruitment and retention crisis that faces the childcare sector. This is a subject I have long been passionate about. One of the reasons I love working in the childcare sector is that everyone genuinely loves their jobs, and it has often struck me as odd – even unfair – that such a vibrant, happy sector struggles to bring in new people.

Meeting before the expo, my fellow panellists had a similar attitude, moreover, we had a good idea of what some of the causes were. We all recognised that government policy – particularly funding – had a significant role to play. However, we also acknowledged that this could not be the only answer. Political change happens slowly and the sector needs answers now. We determined that the panel should look for the positives, to highlight success stories and to showcase what can already be done to improve the situation.

In this, we were very successful. We each brought our own perspectives. Chairwoman Purnima was able to set the scene with her vast knowledge, and explain what is already being done to influence government at a policy level. This allowed the rest of us to chime in with the other elements we each saw as important. Brett led with a discussion of the role new business models might have to play, and Kelly picked up the thread with the key observation that staff need to be able to do the jobs they want to do.

This reflected some of my own thoughts. As I have already said, I love the enthusiasm people working in the sector have for working with children, but I suspect one of the problems the sector faces is that too much time is spent away from those most enjoyable parts of the job. I suggested that it might be worth investing time reviewing how staff’s duties are divided up, or even in taking advantage of tools such as software systems – some of which businesses may already have access to – to lighten the load. I did manage a cheeky plug for Morton Michel’s own benefits package, but the day was not about advertising ourselves. 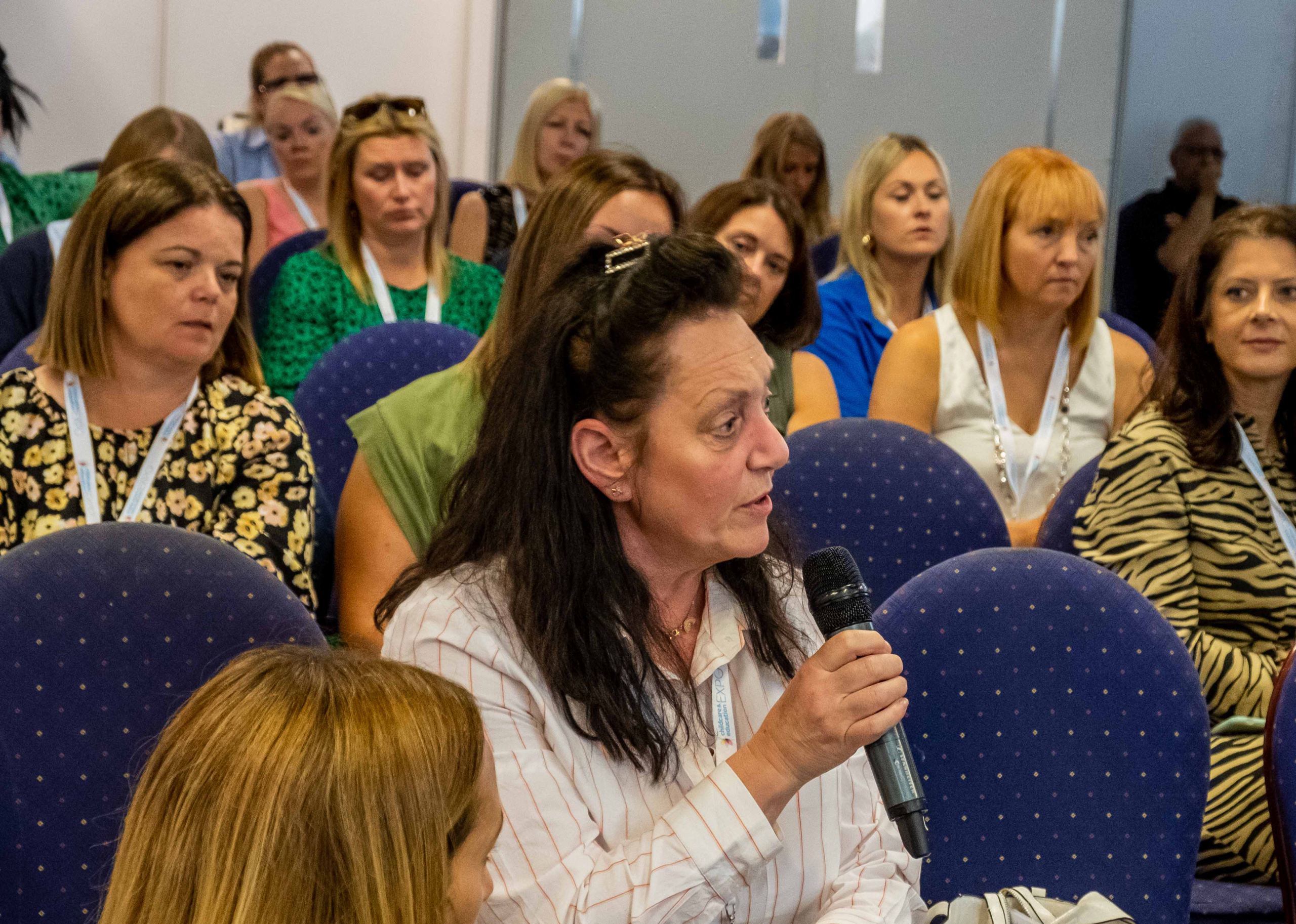 The real highlight of the session however was when we opened the floor up to the audience. The contributions were uniformly positive and really reflected the collaborative spirit of the childcare sector. One idea in particular struck me as important, which was that one reason recruitment is so hard is that potential candidates are not being given the opportunity to get excited about childcare. This is something the sector can potentially solve. One audience member described an exciting scheme where she partnered with local sixth forms to encourage their students to try working in a nursery part time, on flexible hours. She found that even if they went off to university, they very often came back. It struck me that the more childcare businesses took this approach, the more interest would be generated and the better it would be for the sector as a whole!

One of the fantastic things about the childcare sector is how collaborative it is. Everyone is willing to help out everyone else. In the absence of real movement from central government, this is going to be critical to resolving the problems the sector faces.

Recruitment and retention are difficult challenges, and cannot be solved by individual providers acting on their own. Events like this panel play a vital role in ensuring the future of the sector.

Attend educational seminars and panel discussions to credit your CPD

Hear from the community: Olivia Corbin-Phillips shares her experience of Childcare...

See You in the Classroom at Childcare & Education Expo Midlands – Adults...
Scroll to top
LONNORMID