IT Robot – Learning tool or Babysitter? By Verity Welch 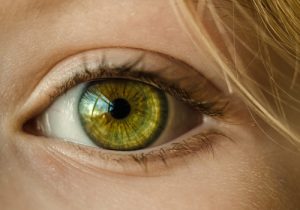 While the older generation might be little fearful of new technology, children’s natural curiosity has always embraced it. There are now some amazing apps, websites and a fund of excellent ideas available to support children’s IT learning in early years.

When I started teaching, using technology meant wheeling in the telly and video recorder to watch ‘Words and Pictures’ each week and get excited about the next episode of ‘Dark Towers’ – only teachers of a certain generation will remember this!

In my first setting we had only one computer – a BBC Micro with two games ‘Spot 1’ and ‘Paint’.  The first term was genuinely spent teaching the children and adults how to turn on and off the computer correctly! I can gauge how things have changed through the development of my own sons, who despite being born pre internet, still preferred any toy with switches and flashing lights to the joys of collecting conkers or the hundreds of opportunities they could develop.  My first child definitely learnt to read from great story books, whilst the second learnt from playing a pirate interactive game on our old PC.

I have also read about the warnings that in the future computers with higher levels of artificial intelligence will increasingly replace humans in the workplace. It might not be all bad. I would love to work with a robot in class who did all the tidying up and joined in with the odd chasing game outdoors. A robot that lifted children up without worrying about back pain and was constantly on the move overseeing the children inside and outside. Additional duties would include signing us in and out, cleaning up crumbs after lunch, churning out appropriate open ended questions, knowing most of the answers and affirming the children’s own ideas by nodding approvingly.  It could be constantly filming and capturing children’s self-initiated learning ideas for later reflection.

Children would love a robot too, especially if it could transform into a slide or a hover board and had a collection of useful tools on request.  During story time children could just click their fingers and the robot could transport the children into a world of multi-sensory sounds and experiences. However as we still live in a world where robots are denied access to websites because they apparently can’t recognise an image of random words and letters, perhaps this fantasy is a long way off.

But I did ponder on the technology gap between children and adults after attending a wilfully old fashioned birthday party recently. I had a fun but exhausting afternoon supporting a friend’s celebration of her son’s second birthday as she tried to recreate the lovely parties of her youth. So our afternoon was spent drawing, building, dancing, eating, singing the ‘The Hokey Cokey’ and generally just playing with whatever ideas came from the children.  At the end, as the parents popped their children in the car or buggy, several tablet computers were embarrassingly brought out and handed to the children. It felt like they were being rewarded for actually joining in with this mad middle aged women’s games.

I stayed to help my friend tidy up and to take the chance to catch up. After five minutes or so chatting we both glanced at her son assuming he must have dozed off on the sofa.  However, the birthday boy had reached for his mother’s smartphone and independently went onto YouTube to listen to his favourite song. I watched gobsmacked as he sang along and we went over to find he’d also independently downloaded several photos of the day and had just pressed skype to redial his aunty who had called earlier.  As I watched him use his thumbs (I still use my forefingers) to expertly navigate around the internet, I was almost expecting him to tweet about his great day. I repeat: this kid has just turned two!

So while I agree that children and adults need to embrace the natural world whenever possible. To touch, feel, see or smell and immerse themselves in real experiences. I also think technology can augment these adventures – for example there’s a wonderful app for tree spotters. So while I might dream about robotic assistance in the nursery, I also realise that children more importantly need responsive adults to give them a hug sometimes and tune into how they might be feeling.

As for answering the question on how much technology might impact on early years in the future? I don’t know…I’ll go on google and get back to you.

Listen to the little voice by Ali McClure