Speech Sound Difficulties – when do we need outside help? 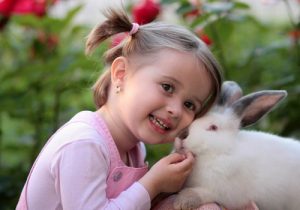 I don’t usually post about speech sounds because all too often that takes the focus away from language development difficulties which are easier to miss. When a child comes up to you and talks away but you only understand about 20% of what they are saying, it somehow seems easier to pick up on that there might be a problem.

But since speech sounds development (most children) follows a predictable path, it’s good to know when to give children more time and when to request more specific advice.

My chart on when to expect specific sounds can be a useful reference. Some speech and language therapists think I’m being a bit too generous with my age expectations; and it’s true – some children acquire sounds at a much quick rate than others. But it’s a useful chart to show parents who may be concerned.

So, when should I refer a child to speech and language therapy who has difficulty with their speech sounds?

Rule of thumb, these ages may help:

In addition, if a child has difficulty producing sounds, especially with /f/ or /s/ sounds (e.g. they say “bour” instead of “four” or “dun” instead of “sun”) then I’d recommend asking the parent to self-refer to audiology for a hearing test to rule out any difficulties such as Glue Ear.

Many NHS Speech and Language Therapy Clinics have advice lines or Drop-In clinics where the parent get some advice before going on a waiting list. So if you have any doubts, then contact your local SLT department.

Catherine is a speech and language therapist who is sharing some of her experience with early years practitioners and parents, in the hope that more children with SLC needs can be supported earlier. To receive blogs straight into your inbox, along with free pdfs, sign up.

Catherine is speaking at Childcare Expo Manchester. Book your seats today at the Early Bird rate!

The EYN Partnership are heading to Childcare Expo Manchester with some brand-new...
Scroll to top
LONNORMID