Supporting Bilingual Children in the Early Years by Rebecca Payne 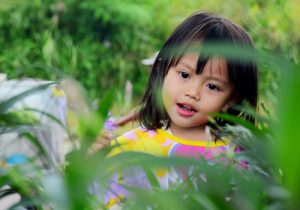 With two thirds of children worldwide being raised in a bilingual environment, it is important that early years staff encourage the development of these bilingual abilities both in the nursery environment, and also encouraging the use of a second language in the home. Psychological research has shown that early bilingualism can have many benefits throughout life. These benefits include having better working memory (Morales, Calvo, & Bialystok, 2013), and better attention levels (Pelham & Abrams, 2014). They also score higher levels of being ready for school, showing more pro-social behaviours, respect for staff and independence (Guhn, Milbrath, & Hertzman, 2016). But what can professionals do to encourage bilingualism, and give children the most benefits from the skill?

Encourage parents to speak in the language most comfortable to them at home. Many parents can worry about effecting the development of the second language if they don’t communicate with the child in this language, however by immersing the children in a language rich early years environment the child will pick up both languages with relative ease.

Allow the child to settle and communicate in their own time; this can often take a few weeks. Encourage the child to communicate and respond with enthusiasm and interest when they do speak to you, regardless of language. Use a picture timetable to keep all the children informed about the daily routine, regardless of language. Speak clearly and slowly so that children can pick up on the individual sounds within words more easily.

Share songs and books in both languages. And encourage the parents to do this at home too. This exposes all children to multiple languages and can encourage bilingualism in all children, regardless of languages in the home environment. An example of this might be to sing a good morning song with a verse in every language within the setting. This encourages inclusion, and can make the child happy knowing that there home language has been included in the daily routine. Ask parents to help with this, by sending home the verse in English and asking them to translate to their home language, but don’t forget to check pronunciation again.

The most important thing to do when working with children learning a second language is to not discourage the use of either language. Encouraging speech in both languages, allows the child to become fluent in both and not feel like communicating in one language is better than the other.

Childminders are cross! By Sarah Neville
Scroll to top
LONNORMID