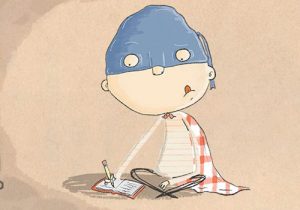 We talk a lot in Early Years about ‘Sustained, Shared Thinking’. Although the term might be a new one, the concept certainly isn’t.

People have been doing sustained shared thinking for generations and didn’t even know that they were doing it.

The rise in children and adult’s access to technology, televisions, tablets, phones, computers…the list goes on, has facilitated a huge decline in Sustained Shared Thinking in the home.

It is imperative that not only do we try and educate parents and carers about the need to think and talk with children; but that we ensure that we provide them with maximum opportunities for Sustained Shared Thinking in our settings.

The Effective Provision of Pre-School Education Project (EPPE) promoted the importance of Sustained Shared Thinking. It stated that the ‘most effective settings encourage sustained shared thinking’.

I am involved with a really interesting project at the moment that is taking place over an extended period of time.

In the project a number of Early Years children have been paired with an adult and the children and adults have long periods of time to interact with each other in an Early Years environment on a daily basis.

Effectively the children have access to a ratio of 1:1

Some of the interaction is scaffolded around a prompt or activity, but much of it is based purely on the child’s desire to play and interact.

The space has been created in such a way that the team carrying out the project can observe the interactions without being obvious to the children.

The children’s parents and carers are also keeping a home diary to track any noticeable differences in their children.

I am only six weeks into the project and already the anecdotal progress has been quite astounding.

One of the most significant areas of impact has been on the children’s language development. Not just the increase in the numbers of words that they are using in their everyday speech, but also their pronunciation, sentence structure and phraseology.

Parents have commented about significantly improved behaviour of some of the children at home. There have been noticeable improvements in the children’s levels of concentration, independence, resilience and maturity.

Whilst I appreciate that children in the Early Years are constantly developing, it is unusual to see this level of development from this number of children in such a short space of time.

The key to this success is not rocket science. It is about time. Time for quality interactions between children and adults (not forgetting children and children).

Time to talk, think and reflect. Time to discuss, time to listen.

Too often our children’s learning is pushed into boxes and over timetabled – carpet time, group time, assembly time, play time, reading time, writing time…the list goes on. Somehow we think that this approach will help us to streamline the learning and ‘fit more in’ in truth what we are doing is taking away opportunities for children to explore, grow and, well…think!

Don’t underestimate the power of thinking and the world of possibilities that sharing your thoughts can open up. As Mao Tse-Tung said…

Don’t think too small. Like the frog at the bottom of the well. He thinks the sky is only as big as the top of the well. If he surfaced, he would have an entirely different view.

Alistair is opening Childcare Expo Manchester on Friday 15th June at 10 am. Book tickets to his seminar ‘A World of Endless Possibilities’ today.

Information sharing is a two-way street