The state of the UK childcare market by Christie & Co 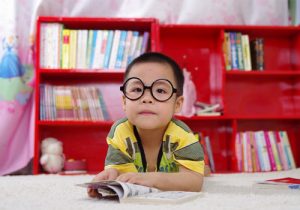 For Christie & Co’s Childcare and Education team the first quarter of 2017 has seen a hive of activity from both sellers and new entrants to the market. As a company we are now seeing worldwide interest in the UK childcare market from smaller asset owners to the larger groups which have already or are in the process of being transacted.

There has been increased interest from Far East investors who look to the British education sector as the ‘gold standard’ and this is creating  ample opportunities for UK operators to either expand their day nurseries in Asia, or to work closely with Chinese developers to create nursery settings. With the fall in the pound on the back of Brexit there are also plenty of opportunities for foreign investors who can take advantage of the monetary gains to move into the British market, and with the opening up of entrepreneurial visas there is more scope for these investors.

Within the UK Childcare market there is uncertainly around the 30 hours free childcare and additional challenges, including the National Living Wage, but the market does seem to have the tag of being ‘resilient’, there is certainly a need for quality childcare.

The general consensus about funding options is that support is there from lenders and with increased competition from new banks and alternative funding streams we are seeing competitive rates being offered in a fluid market. There is a willingness to lend which is helping new entrants and existing operators alike.

At the very top end of the market we have seen some of the major players in the sector change hand, including the sale of Magic Nurseries to Les Petits Chaperons Rouges (‘LPCR’), France’s leading private nursery chain. Whilst some are sceptical that the activity is being fuelled by worries over the future of the sector it has widely been reported that prices paid for these transactions and smaller ones across the country have been market setting with multiples of earning or EBITDA at new highs.

Predictions for the remainder of the year are positive, however the introduction of 30 hours and the general election looming we all ‘watch this space’ with great interest. It should go without saying that now, more than ever, enlisting the advice of sector experts is essential if you’re looking to buy or sell.

Christie & Co will be hosting a seminar at Childcare Expo Manchester ‘Is the UK Nursery Market suffering post-Brexit blues?’ Register for your free tickets today.

Why nutrition matters in the early years

The Thrill, the Will and the Skill by Alistair Bryce-Clegg
Scroll to top
LONNORMID