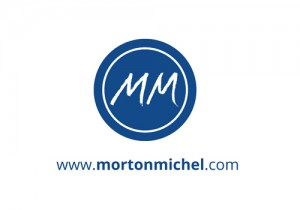 Childcare has been a centrepiece of modern politics for some years now. The importance of early education has been recognised more than ever, while the goal of increasing the number of women in the workplace is set to pay substantial economic dividends. With the election over and a new government formed, leading childcare insurer Morton Michel sets out in a new survey what the policy-makers need to know about this crucial industry.

30 Free Hours is deliverable, if the details are right

With all the main parties committed to fulfilling the Cameron government’s pledge to provide 30 free hours to most 3 and 4-year olds, delivering this key policy is a must. Failure would disappoint large numbers of parents and risk crashing the whole childcare industry off the rails. The good news is that according to Morton Michel’s survey, two-thirds of childminders and three-quarters of nurseries have not ruled out offering the new entitlement, although the survey is at pains to point out that large numbers of these respondents were uncertain.

There was little appetite, however, for offering paid-for extras to parents; just 20% of nurseries and 6% of childminders were considering them. This suggests that for the extended entitlement to be sustainable, government funds must not fall short.

Minimum staffing ratios and required qualifications have both been in the headlines when the government has discussed childcare staff recruitment, but what actually keeps people in this business? Morton Michel asked what motivates providers to stay in the profession. The results clearly placed job satisfaction first, with professional respect and flexibility coming above remuneration, access to professional support and career development. With the childcare sector struggling to recruit, recruiters and policy makers must consider whether there are enough people out there who meet this profile, or whether efforts need to be made to attract those who require a more stable, better paid job.

Childcare providers are worried but resilient

Ultimately the best judges of what lies ahead are those in the profession themselves. Providers were asked how they felt about the future of the childcare industry and their own businesses. The results were revealing. Childcare providers were worried about the sector as a whole, expressing much more pessimism than optimism, but when considering their own businesses their outlook was more cheerful. In other words, childcare providers see challenges ahead, but feel that they will be able to survive and thrive even in a difficult environment. With that said, comments from the providers suggest that their resilience must be supported by those who control policy and the purse strings.

Everything to play for according to Morton Michel director

Commenting on the survey, Samantha Beere said “as always when there are big changes afoot, there has been much worry and concern, but I think our survey shows there is plenty of cause for optimism too. With the right support, childcare in the UK could go from strength to strength. We are doing our part to offer that support and we call on the government to do the same.”

When your secure details are not so secure… by Sarah Neville