Anyone who knows me knows I suffer from a bona fide condition known as hatusadministratis. Might you have heard me mention it before? I can write and write to my little heart’s content about the joys of childminding and the everyday funny stuff that kids say and do but ask me to submit my invoices for 2, 3 & 4-year-old early years provision and I just get plain old grumpy. No, paperwork just ain’t my thing. And I hate it on paper and online in equal measure. Admin is admin after all.

And although I’m a Childminder, my setting is pack-away. It is – it really, really is. My open shelving has detachable curtains so I can hide resources out of hours. And they’re on wheels too so I can hide them behind sofas or even push outdoors on dry days. Notices are on cork boards which are dropped behind radiator cabinets at the end of the day. And since the majority of our day is spent outdoors, records of our days are found on any of our multiple dry-wipe surfaces in our covered play areas. Even my garden doesn’t look like a childcare setting out of hours because I use the outdoor shelving, cable drums, pallets and logs for al fresco dining with family and friends who love the natural, reclaimed environment I’ve created. They say it feels very relaxed and ‘anything goes’. Must be why the children love it too. So, it shouldn’t be too difficult to imagine that I don’t like lots of paperwork-y stuff around me when I’m working. Less is definitely more.

Now, although I’m very well versed in the EYFS statutory framework, the early years outcomes & development matters and other such materials there are times when I do need to revert to them, you know, like the other day. Whilst pulling up daisies and pis-en-lit to use in the mud kitchen (it always creases the kids up when I pop this bit of French into conversation) Manky Franky tells his friend that he went to Chester Zoo at the weekend and his “most favouritest” animals there were the Asian elephants and Scott Snot pipes up “well I think elephants look really silly because why do their teeth [“tusks!” Manky Franky shouts] stick out on either side of their noses [“trunks!” Manky Franky’s getting upset now] like that and how can they possibly eat with those things [“they don’t eat with them!”] and how do they even clean them anyways?” Uhm.  Understandably, for Manky Franky that was a great big dis for his ‘most favouritest’ animal in the world but he stood his ground. At 4 years old, he told 6 year old Scott Snot “you’re allowed to think what you like but let me tell you why elephants are so special and you might change your mind”. And Scott Snot said something like ‘okay’ and ‘I didn’t mean to hurt your feelings’ and then he listened until Manky Franky told him about them being the largest land animals on the planet, that they’re mammals like us, and that the ones with big ears live in Africa and the ones with little ears live in Asia etc etc etc. 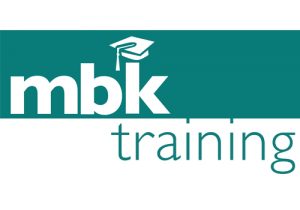 So, what exactly happened there? You know, aside from the obvious Understanding the World, Communication & Language and Personal, Social & Emotional stuff? Fundamental British Values (FBV) in action that’s what: children resolving their own conflicts (rule of law); children expressing preferences and interests (individual liberty); making decisions together (democracy); and being aware of other’s feelings (respect and tolerance). And you know how long it took me to make those links with the EYFS and the Early Years Outcomes? Mere seconds. Did I have to rummage around in a cupboard? Did I have to sort through all those bits of paper tucked beside the microwave I’ve been meaning to sort out? Nope. Because I used the foundation focus Fundamental British Values lanyard that was hanging round my neck. Would it have entered my head to have made links with FBV? Well, yes it would actually – but would it have entered your head?

You see, some practitioners still lack confidence in demonstrating their knowledge of FBV and in explaining how it is embedded in their practice so here’s my advice: get yourself a Fundamental British Values lanyard and next time you’re observing, evaluating and assessing think about how what you have seen and heard links to FBV. If you love your paperwork or get tongue tied during Ofsted inspections you might want to think about adding links to FBV to your observation sheets (you might just about be able to squeeze it in somewhere between links to the EFYS, Leuven’s scales of well-being & scales of involvement and next steps. Come ooooon, there must be some space somewhere?) Or not, if you’re also afflicted with hatusadministratis. Besides, I bet you too can probably gush till the cows come home about how values are values – whether they’re ‘British’ or not.

Have you got a product you would like Andi to review for you? Get in touch with her today.

Are you ready? We are!

Forest School & Early Years – the possibilities are endless By The Childcare...
Scroll to top
LONNORMID