The gender divide by Verity Welch

Enabling an environment that supports learning for both boys and girls

Let’s start with stating the obvious – boys are different to girls. In Early Years settings some boys are not keen on writing or talking and don’t reach the expected curriculum milestones. Teachers and practitioners constantly fret on how to raise the standards so they are in line with the girls in their class. Ok, we do see some boys writing fluently and being head and shoulders above keen girl writers who dominate the writing area – but that’s not the norm. In my opinion, educators need to tune in to the world of boys. Observe the choices they make in their play and look closely at their preferred places of play. Then, not only reflect on their learning, but also reflect on your own teaching and how you respond to them. 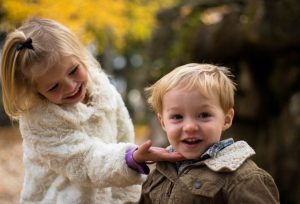 I once supported a group of girls building a bus using large blocks.  Once completed, they all sat on the bus and chatted about where they were going. It was delightful to listen to their language and their developing communication. Later, I did the same activity with a group of boys who negotiated beautifully whilst building, but once complete, sat down and made bus engine noises as they recreated a journey. After a few minutes I smiled and moved on.

Clearly, girls at this age were better communicators and the boys’ focus was elsewhere. Later, I spoke to my partner who mentioned that this was something he used to do as a child with his sister. Whereas she would talk about where they were going, he was working out the route in his head and was already at his destination by the end of the game. It made me realise that I still needed to learn more on understanding how boys think. If I didn’t do this I would probably miss out on assessing their language by not asking the right questions.

On another occasion, I had a group of boys who used the carpet area to set up their train track, dominating the whole class room floor.  I took deep breaths after tripping over the tracks several times, but an experienced assistant teacher suggested increasing their play area by moving a piece of furniture and the rug. Eventually their high speed train had more space to whizz across the room. We realised that we also had more space to engage with them and involve ourselves in their play experiences. The boys, after taking five minutes to judge if we were seriously interested in their train, allowed us to role model writing ‘slow down’ signs, speed limit numbers and suggestions for detours. The next day flick charts and pens were placed in this area leading to further mark making and clever designs – plotting out track layouts on paper before the engineering was even begun.

So, let’s continue to check that our environment supports boys choices, our resources are accessible in such a way that boys are likely to use them and that our expectations for learning are as consistent as with those for girls.